We had the chance to sit down with UchuSentai:NOIZ right at the beginning of Anime North this year. It was a pleasure to speak with them again, having last seen them at their performance 2 years prior.
The interview was set as a small press conference consisting of myself, Satty from CJLO’s Shibuya Crossing and Dianna from Beachboosterradio’s Beach Corner.
Please watch for all our coverage on our blog: Lots more to come!
Enjoy!
Follow us on Twitter: https://twitter.com/xzzLixxzzx
Join us on Facebook: https://www.facebook.com/xzzLixxzzx
HUGE Thanks to:
UchuSentai:NOIZ – Angel, Masato, Kotaro, Kyo and Yamato
uchusentainoiz.com
Galaxy Star Disc
J-rock North Promotions, Inc.
j-rocknorth.com 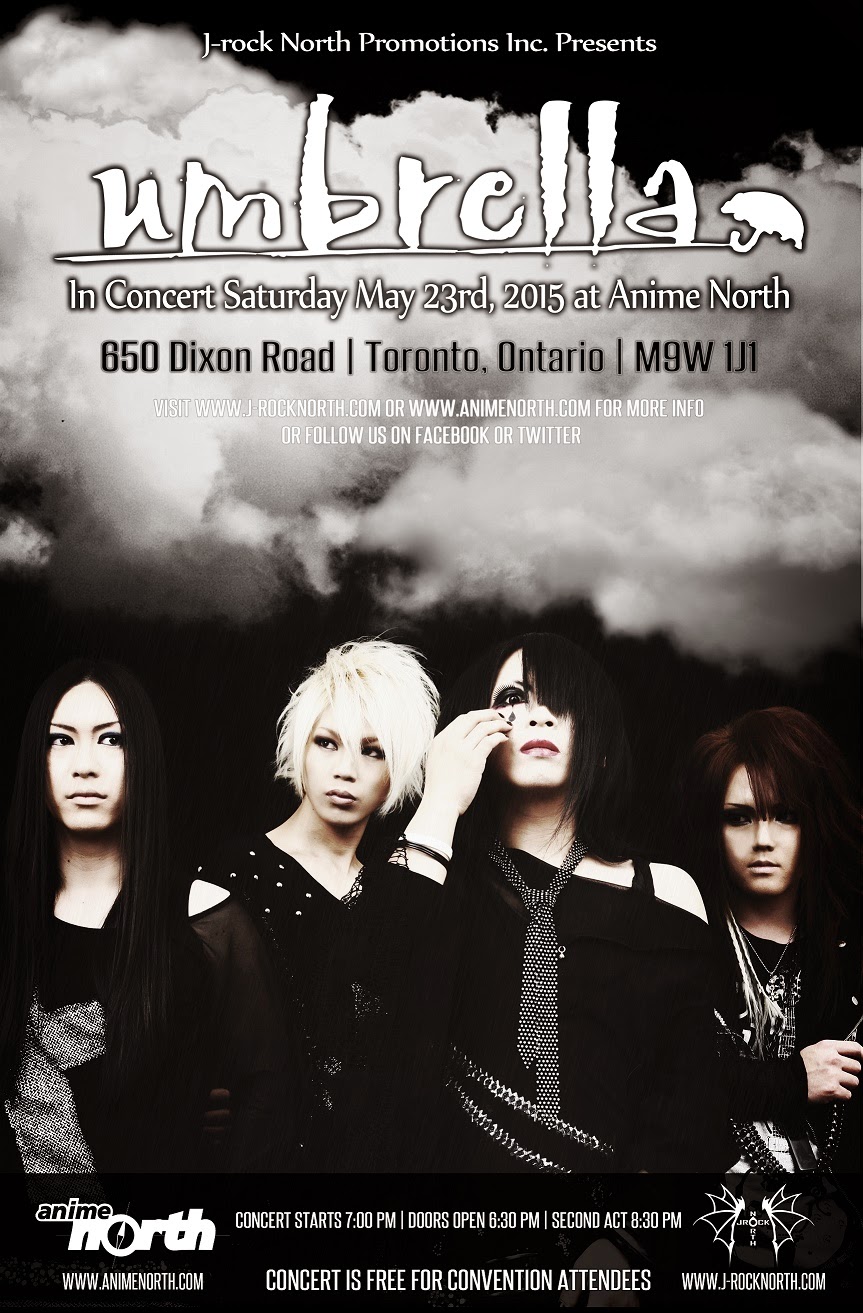 Seriously, if you didn’t already get your passes when I posted about UchuSentai:NOIZ at Anime North, then you best be on it now. Umbrella are making their return this May to Toronto!!! Those of you who were there with me during their last visit KNOW they killed it! And I know you’ll be back for more. For those who missed them last time – grab those few remaining passes!! Go, Now!

Okay, so I’m a little late in posting this, BUT that doesn’t make it any less awesome! UchuSentai: NOIZ is making not one, but 2 landings here in Canada!! Right after they send Alberta to outer space with their performance at Otafest, they’ll be making their way to Anime North in Toronto. Now, Anime North is selling out fast, with only day passes left – so you’ll need to grab them ASAP!!! This is not a show to be missed. All the details are below. Be sure to click on the comment video too. I’ll see you there!!
J-rock North Promotions Inc. Presents: UchuSentai: NOIZ (GalaxyStar Disc) @ Anime North 2015
Anime North 2015
Date: May 22nd – 24th, 2015
Website: www.animenorth.com
Concert Date: Saturday, May 23rd, 2015
Location: Toronto Congress Centre – Hall C
**Doors open 6:30 pm | Concert Starts 7:00 PM | Second act 8:30 PM
UchuSentai:Noiz members:
ANGEL-TAKA (LEAD VOCALIST): Angel Voice
KYO (BASSIST): Super Vibrator
MASATO (GUITAR & VOCALIST): Hyper Sonic Guitar
KOTARO (GUITAR): Neo Eccentric Guitar
YAMATO (DRUMS): Machinegun Beat Grappler
UCHUSENTAI :NOIZ is a visual rock band from Japan. Officially created in 1996 by vocalist Angel-Taka and former drummer S@TT-ON. They are best known for their energetic music, extravagant outfits, passionate live shows and on-stage antics. Their music is very eclectic and has many different elements from genres such as punk, pop, metal, hip-hop and electronic music in their sound and thus cannot be properly labeled. Some songs tend to not mix all these sounds together and focus on one or two, while other song combine all these elements. There are two singers; Angel-Taka as the lead and Masato, who tends to sing in a more harsh/brutal metal way and with hip-hop/rap style vocals.
They have an extensive background in terms of live performances in Japan, and a growing interest in interna-tional shows since their debut abroad in Paris in 2006. As far as North America goes, they played back and forth in LA and Raleigh, North Carolina, as well as a date in Canada in early 2013. UchuSentai:NOIZ are appearing at Anime North in association with GalaxyStar Disc and J-rock North Promotions Inc.

There are less than 2,000 Weekend/Group admissions left for Anime North 2015. More info on how to register at http://www.animenorth.com/live/index.php?option=com_content&view=category&layout=blog&id=43&Itemid=67.

Also, there is still plenty of rooms available with some of our Partner Hotels. A number of these will even have a free shuttle to the TCC and International Plaza if you book within there Anime North 2015 room block. More info on the shuttle and rooms availabilities at http://www.animenorth.com/live/index.php?option=com_content&view=category&layout=blog&id=94&Itemid=66. 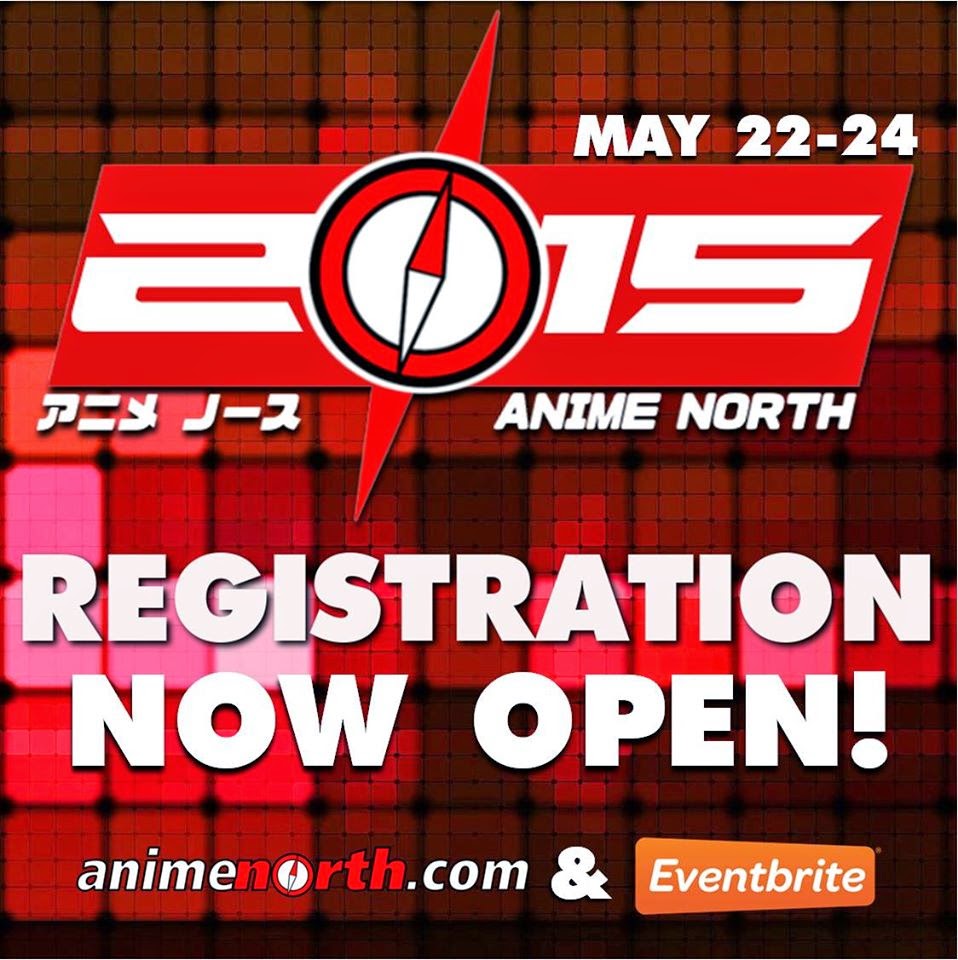