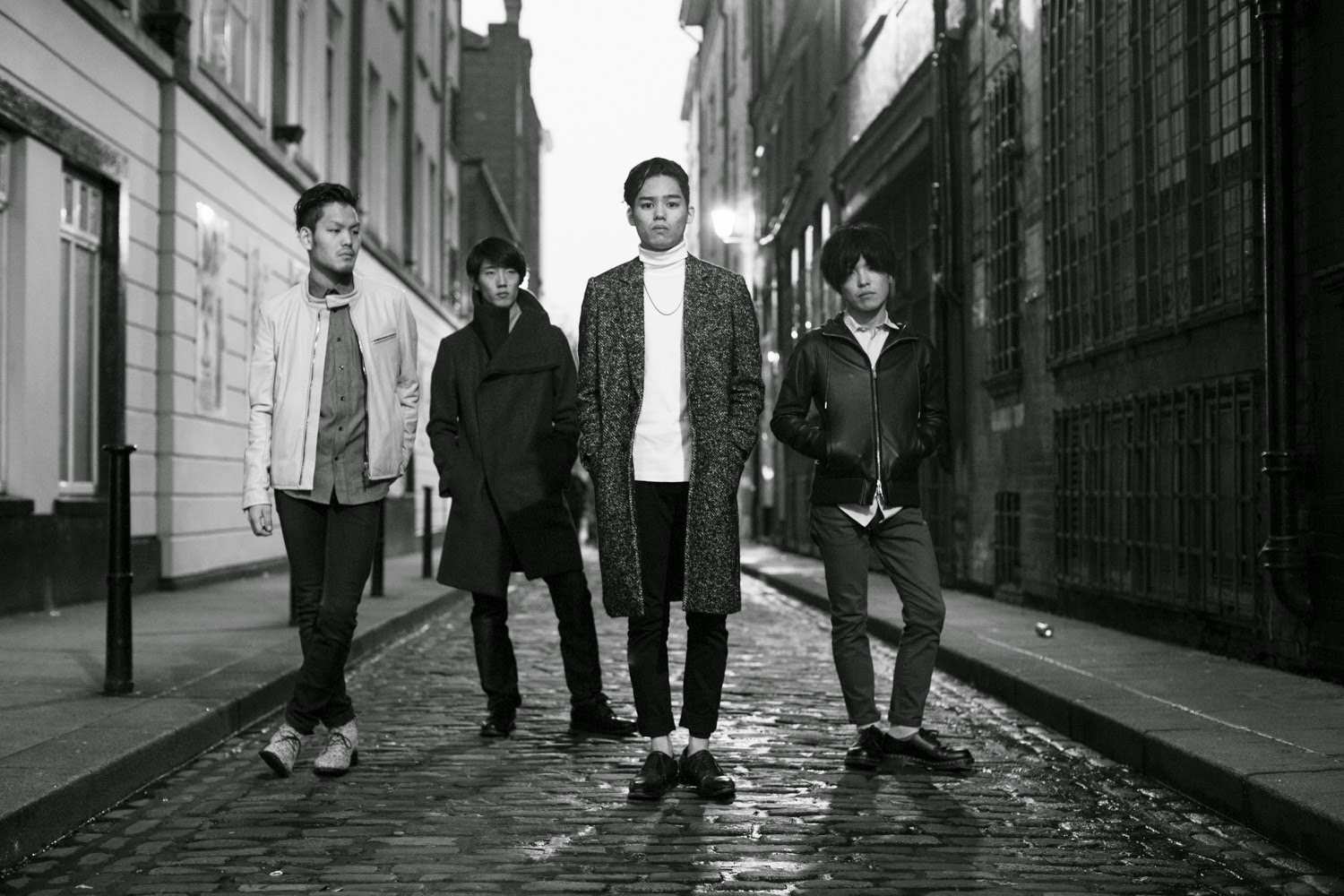 If you’re looking for something a little more low-key, The fin. is for you.  Formed in 2012, their first self-released EP, Glowing Red on the Shore, did so well that Hip Land Music gave it a full re-release in March of last year.  They just released their first album in December 2014 and its chillwave sound is sure to please your ears.

We’re an indie rock band coming from Kobe, Japan.
2. Favorites:  What is the one thing you can’t live without?
Music

What do you have to have with you when you travel?
ipod

What would you turn around and go back for if you realized you forgot it?
ipod

3. Influences:  What are your major musical influences?
80’s pop music.

What is the first CD/tape/record you ever bought?
the theme song of pokemon.

Is there any one song or one record that made you look at your life differently?
Here, There And Everywhere / The Beatles

4. Food:  What is your favorite food?
Italian foods

Is there anything you are excited to eat or try during your trip to the US?
Blue Bottle Coffee

5.Past:  How did your band get together and what were you like when you first started?
We were friends from elementary school. When we were 22 years old, Yuto and Ryosuke gathered the current members. It was just for fun and enjoying music.

7. Present:  How has your band changed or evolved from the beginning?
It has become more professional. It feels like we’re diving into a life of music. I love it.

8.Future:  What are your plans and hopes for the future?
We’re just trying to create great music.  Throughout that life, I wanna see a lot of worlds and people.

9. Survivor:  If you were going to be dropped on a desert island and could only bring one book, one movie and one music album with you, what would you bring?
Book : Kafka On The Shore
Movie : Stand By Me
Music album : Submarine / Alex Turner

10. Last words:  Why should we come see your band?  What message would you like to give to your current and potential fans?’
We can show you special scenery through sounds of ours. See you soon!

Special thanks to The fin. and Audrey Kimura of Benten.