Hybrids are a Jrock-inspired visual band from France who say their interests are music, sex and rock!  These guys bring a little bit of the East to the West with their unique sound and style.  They’ve toured through Europe with popular Japanese bands such as Anli Policino and Eat You Alive and their first album, Human Paranoid, just released this July. 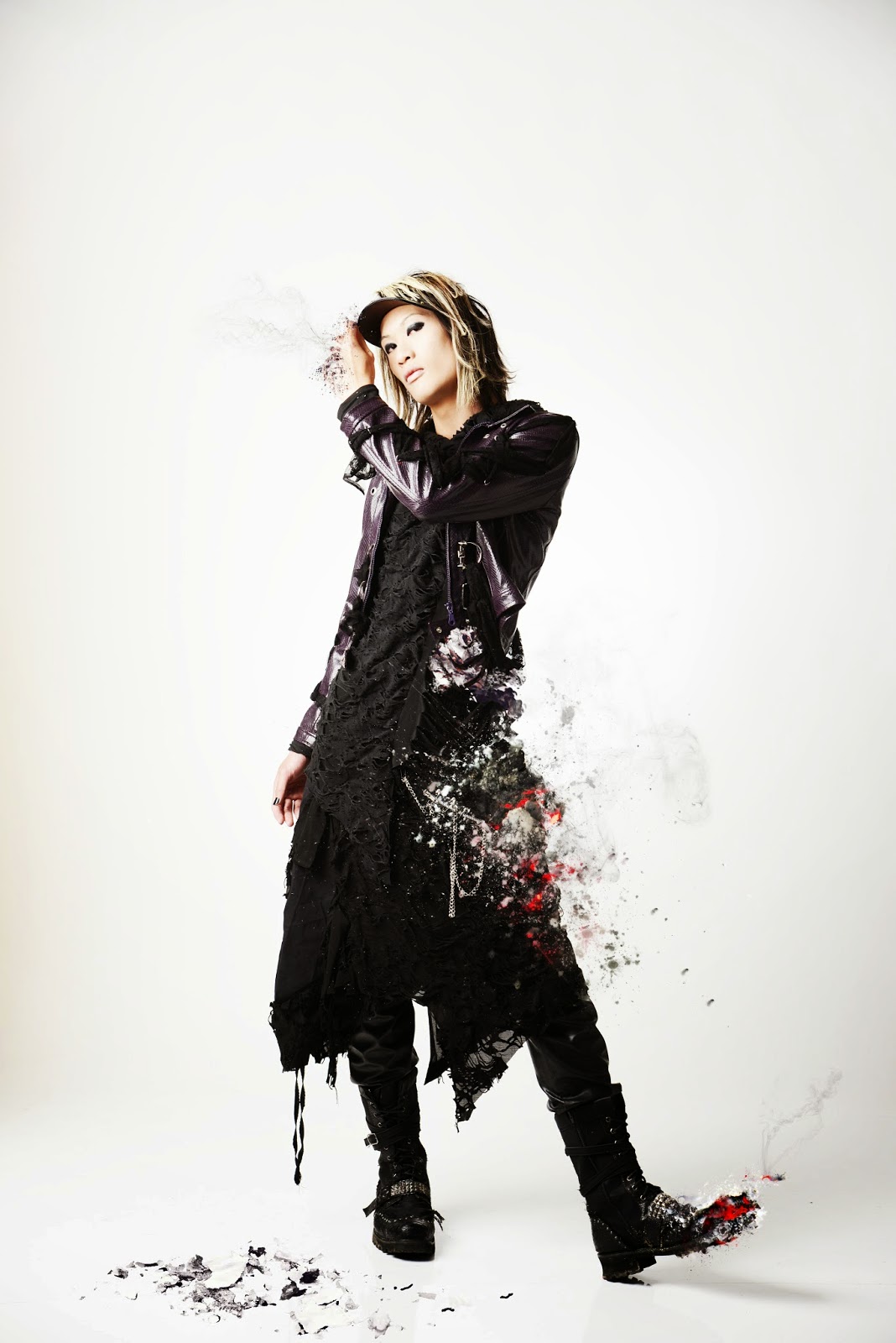 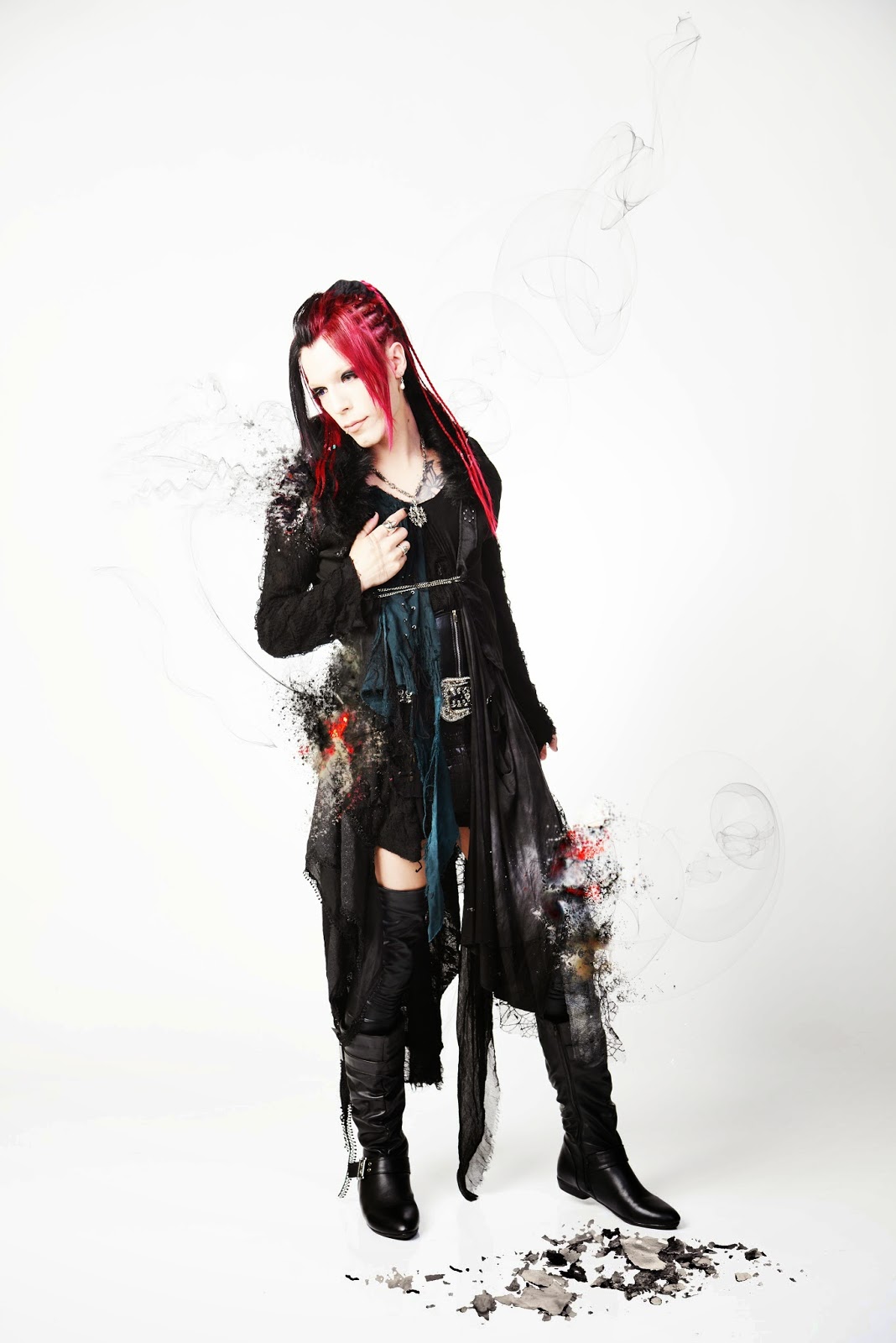 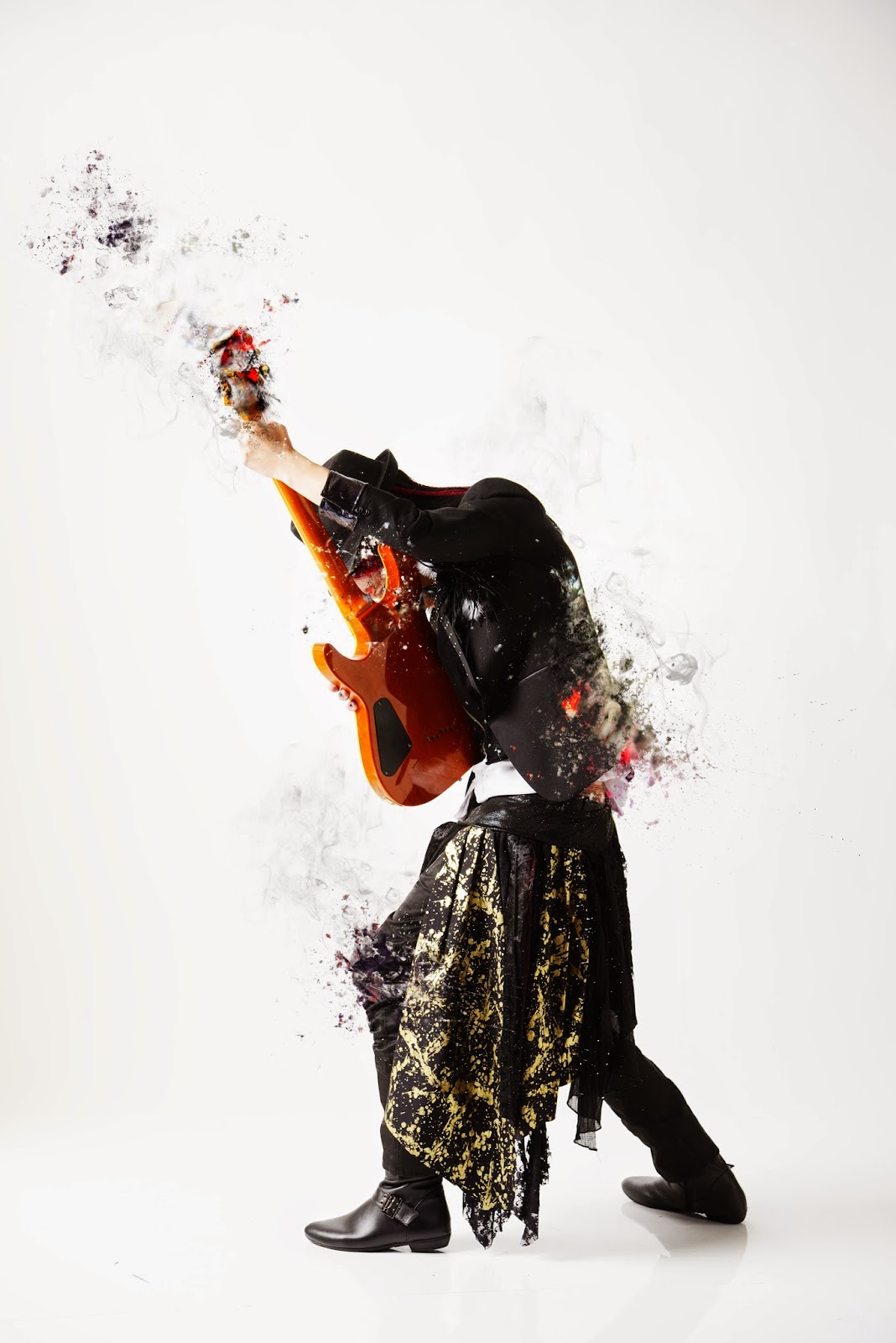 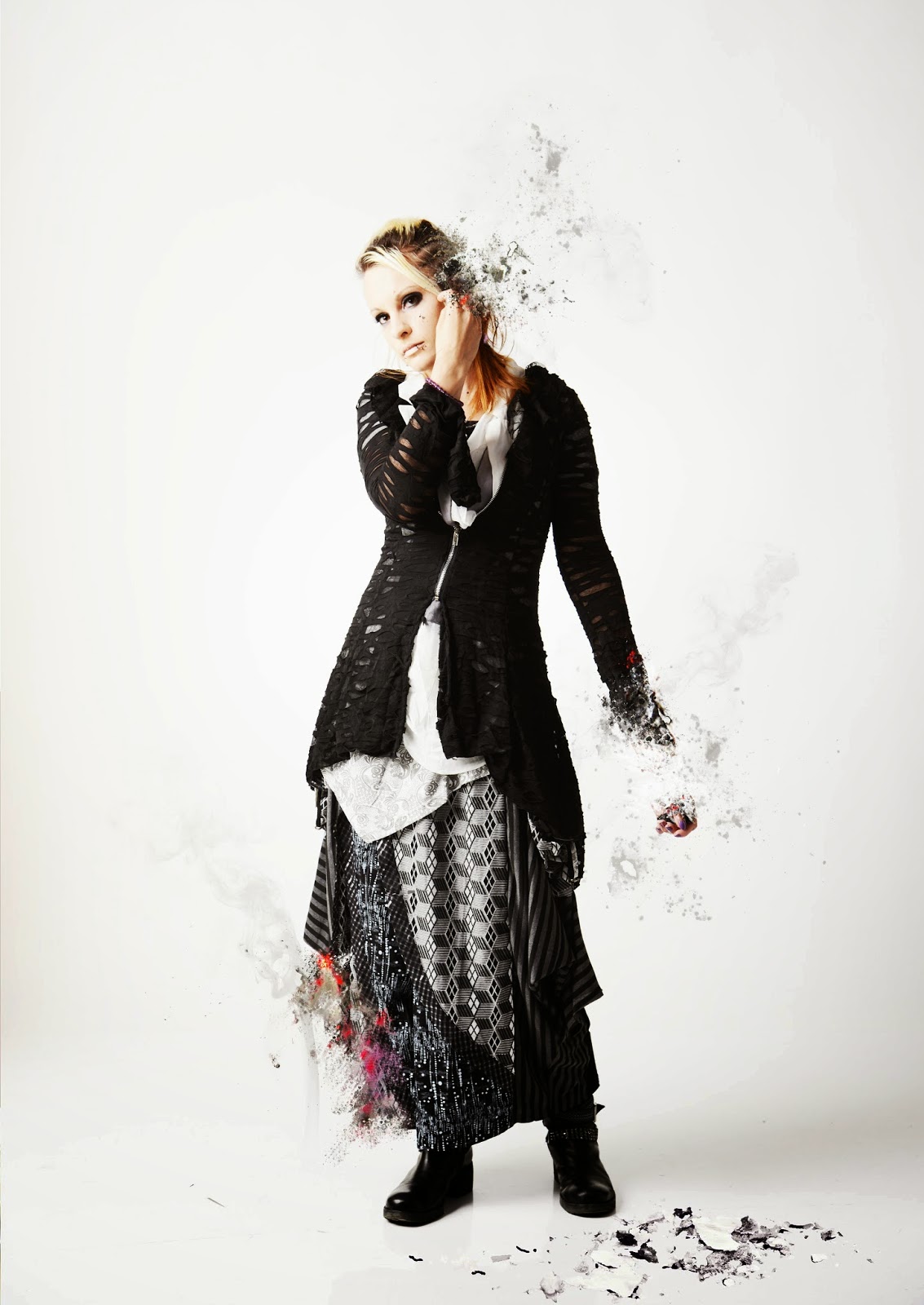 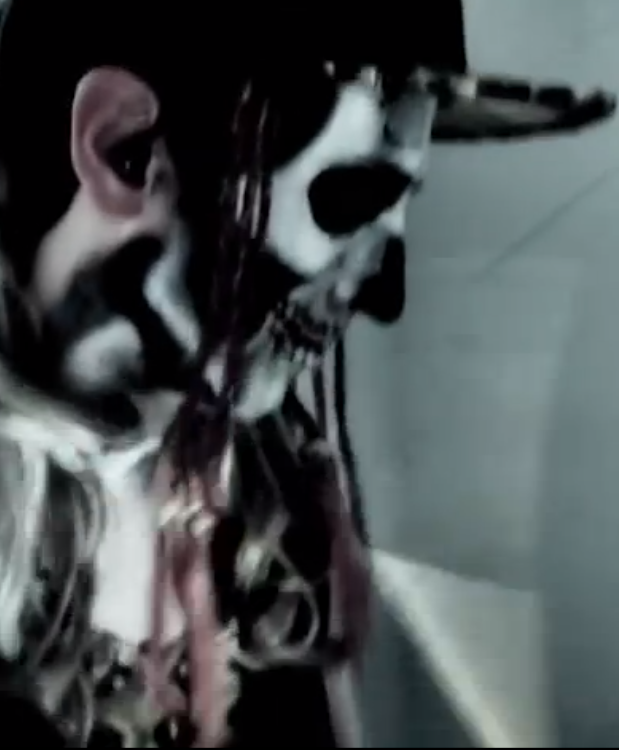 Q : First of, tell us a little about yourselves. How did you guys get together?

A : At first it was just Yune and Aingeru who were looking for other people to play with them, so Sae eventually joined in, and Nao too, few month later. Aingeru had to drop out for personal reasons, so Jay introduced us to Tatsu, who is a high school friend of his. That’s how we ended up all together!

Q : Personally, I get really excited when I see VK-inspired bands popping up outside of Japan. What was it that drew you to VK?

A : We decided to do a Visual Rock band to bring the theatrical aspect to music scene. To try to introduce a new style in our country.

Q : You guys have participated in some cool events like Japan Expo and even toured with Japanese VK bands, Anli Pollicino and Eat You Alive. You must have learned a lot from those experiences. What are some ot the most important things working with a Japanese Visual band taught you?

A : We didn’t properly participate in Japan Expo, but we did tour with the bands you name! The most important thing they taught us? Humm, their make-up brand? lol

Q : You just recently released your first full-length album, The Human Paranoid, and the PV for ‘Sexual Slave’ is up on YouTube. I have to say, I really love the way you’ve taken the VK sound and feel and infused it with something distinctly Hybrids. What were your musical influences when creating this record?

A : Aw, thank you for understanding our point without judging it ‘not enough VK-like’! We really want to have our own sound. Of course it’s logically influenced by what we’re listening to, but we also want our music to be our own! It’s mainly Yune who wrote our songs, and Jay helped him out too. Their musical influences are mostly In Flames and The Gazette.

Q : I have to ask, what it is like being a Visual band in a country in which VK is uncommon at best and completely unknown at worst? What are some of the biggest challenges you have faced in marketing your particular look and sound to a culture which it is unfamiliar?

A : Well unlike what we could except, it’s not having a totally new concept that is a challenge, because when we talk about it, people are mostly quite interested by the fact that we have this look, they ask a lot of questions, like why the make-up, or why the costumes, or why Japanese influence. But our music speaks for itself, and even if at first people do doubt a bit when they see our make-up and costumes, when we begin to play, they judge us by our music. So please, do the same ^^

Q : Given these challenges, what advice would you give to other Visual bands in the same situation?

A : Keep going, no matter what one can say. If you love what you do, it will be ok.

Q : There is a good chance that a lot of people reading this interview will be hearing about you for the first time. What song do you think best represents Hybrids? What would you recommend to a new listener in order to give them an idea of what your band is about?

A : Our new album kinda has a new color too, compared to what we did until the release. Maybe ‘Kannibale’ or ‘Falling from Heaven’ would be worth being recommended as first songs?

Q : You guys are a French band with lyrics in both English and Japanese. As an American with barely one language, I’m impressed! This must pose some interesting challenges to Nao in particular. What made you decide to blend the three languages rather than just sticking to your native French?

A : Nao sings in both English and Japanese because we just don’t like how French sound when singing it.

Q : Okay, now for the ‘desert island’ question. If you were stranded on a desert island and could only take one album with you, what would you take?

Q : What is the biggest thing you want to accomplish as a band? Is there any single event or goal to reach in order to feel like you’ve ‘made it’?

A : As we said earlier, it was to try to bring to light this new musical style where we live ^^

I’d like to thank Hybrids for taking the time to talk with us.  Keep rockin’ and we hope to see you soon!