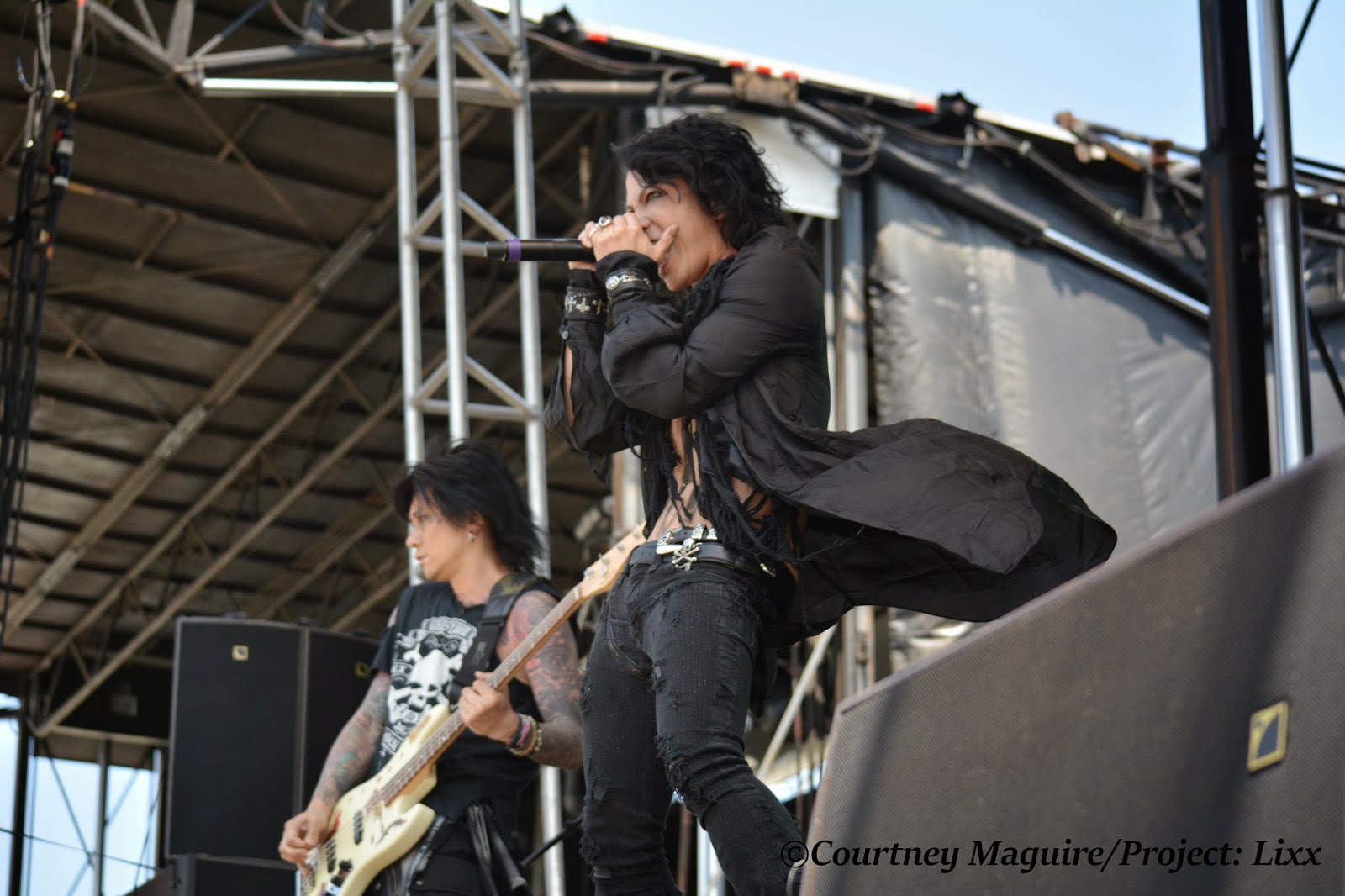 Right smack in the middle of their run with Nikki Sixx on SIXX:AM’s Modern Vintage tour, VAMPS made a quick stop in Florida to perform in Monster Energy’s Loudest Month series, rocking the stage during Ft. Rock in Ft. Meyers and Welcome to Rockville in Jacksonville.  I caught up with Hyde and KAZ after their smoking set in Jacksonville on April 24 and, with the help of translator, Hiroki, chatted about touring with an American legend, performing in a foreign country and vampire evolution.
You guys have been playing a LOT lately. You’ve been very very busy. Do you do anything special to stay in shape, maintain your voice, anything like that?

H: We have kind of a hard time, of course. With the one man tour we get kind of tired, but everyday something new happens and it’s kind of refreshing.
Speaking of new things, Nikki Sixx recently played VAMPARK in Japan with you guys and now you are opening for him on his SIXX:AM Modern Vintage Tour. How did that come about?

H: Nikki knows that I’m a big fan of Motley Crue and Nikki Sixx. We recently had a big gig in Japan called VAMPARK Festival and we supported SIXX:AM and helped them get into the Japanese market. Now, we are with SIXX:AM because they are trying to give back for what we did for them.
END_OF_DOCUMENT_TOKEN_TO_BE_REPLACED

VAMPS Live at Welcome to Rockville

END_OF_DOCUMENT_TOKEN_TO_BE_REPLACED 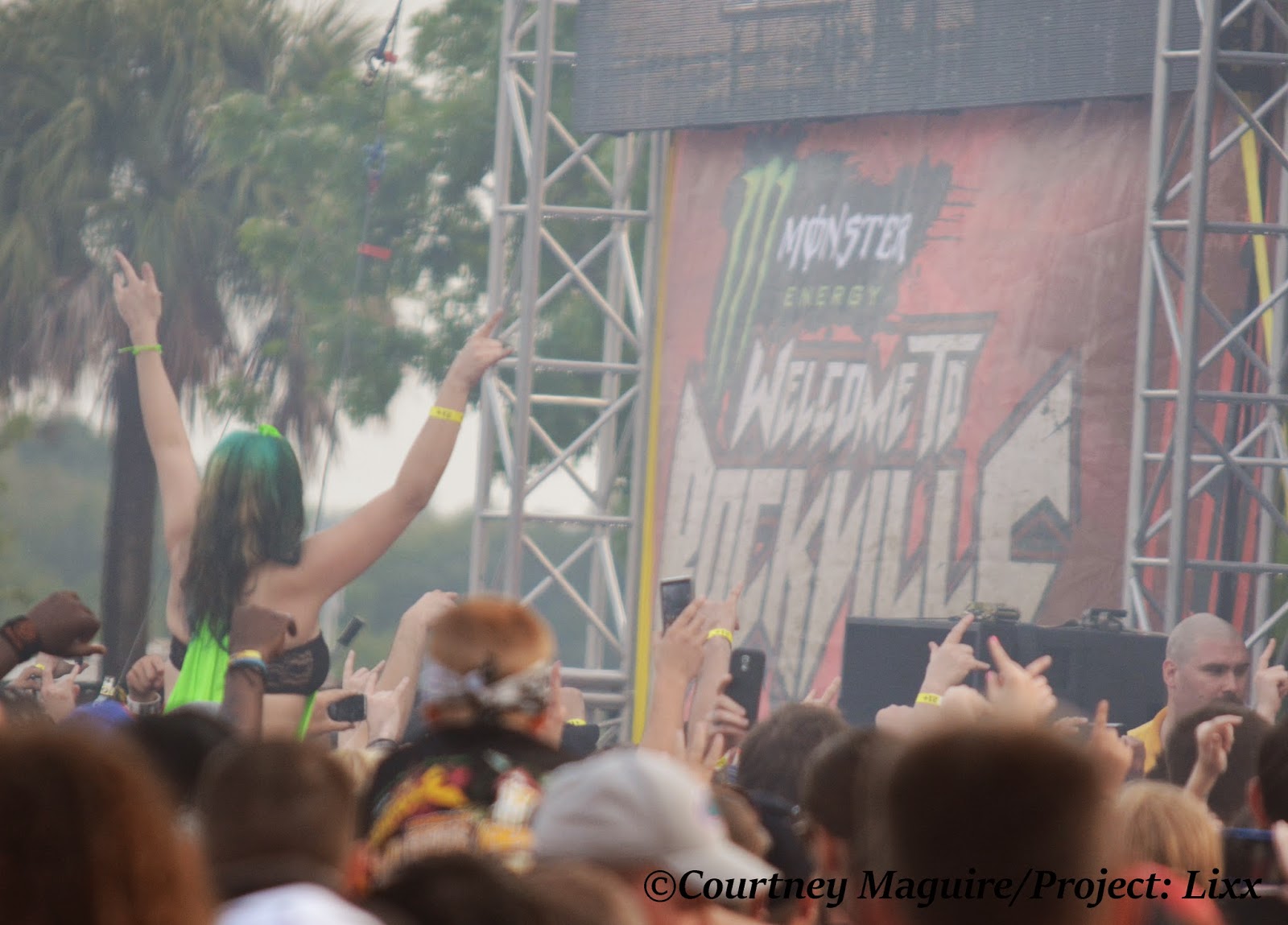 The Welcome to Rockville experience was, as you may have already heard, full of ups and downs. Day one was fraught with inclement weather which saw the entire crowd of almost 70,000 people evacuated no less than twice. Everyone was ordered to either go back to their cars or huddle with the masses under a nearby overpass until the storm cleared. Chants of “rain or shine” could be heard throughout the crowd as social media blew up with complaints tagged #WelcometoRainville from people desperate to see their favorite bands and even demanding refunds. I personally experienced only the later of the two evacuations and, honestly, it was a bit frightening. Between the angry people and the ominous black clouds looming overhead, there were moments where I feared for our safety; but after about an hour, the storm passed and we were allowed back into the park which was, by now, more like a mud pit. The storm had whole areas washed out and moving from one part to the next required waders. 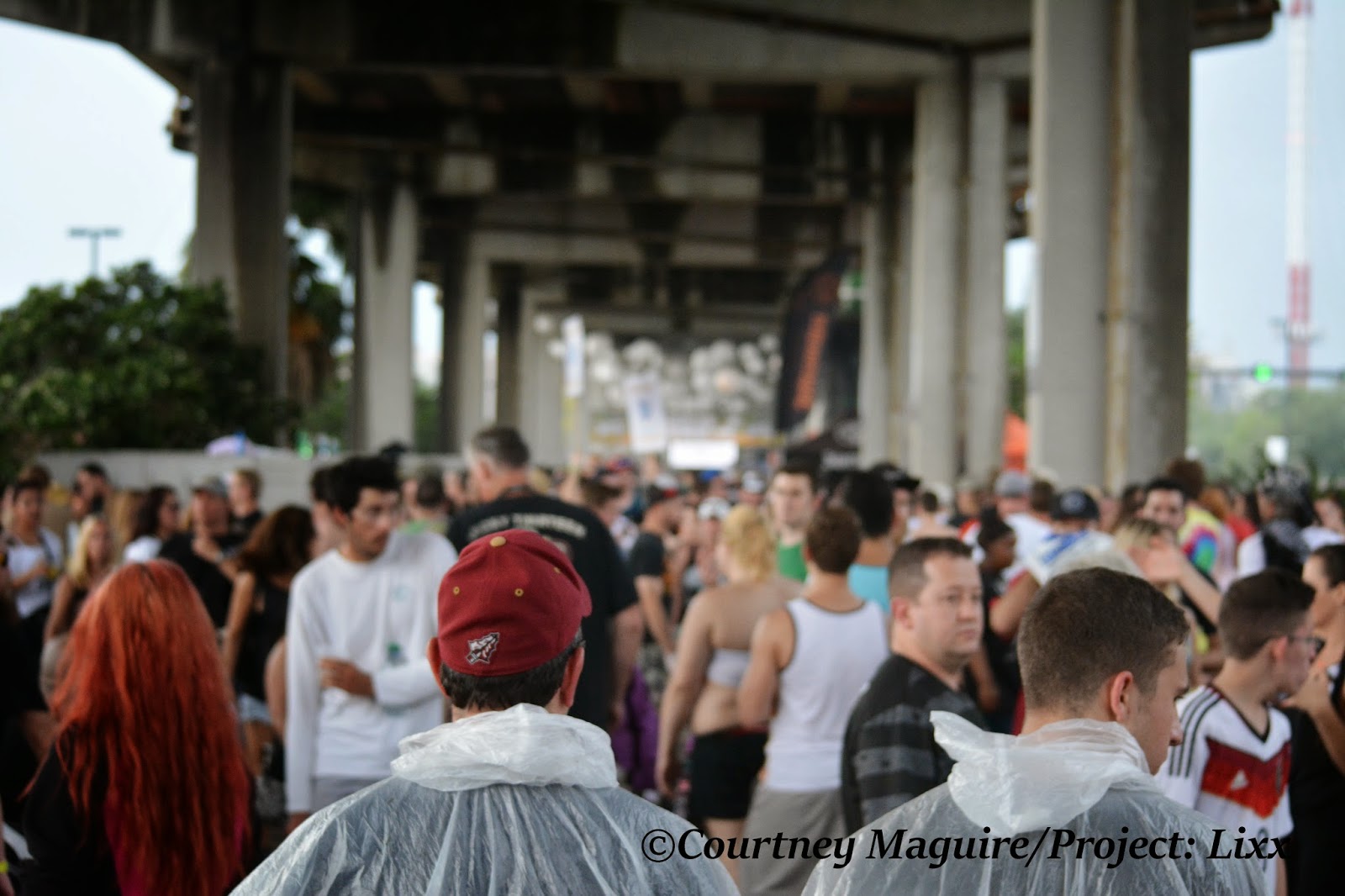