I know we are all beyond excited for the return of X-Japan, but it looks like we’ll have to wait a little bit longer.  Unfortunately, guitar player Pata’s health has taken a turn.  He was recently admitted to the ICU for diverticulitus and portal vein thrombosis which caused a serious blood clot.    Needless to say, their upcoming show at Wembley Arena has been postponed.  The new date is set for March 4 and all tickets purchased for the original show will be honored. 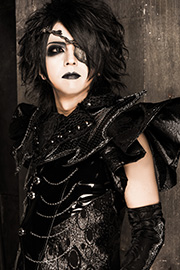 Health related issues seem to be the thing nowadays as Tokami drummer 1000 has announced his departure from the band citing an ongoing health problem.  He feels he can’t continue at this pace and so has decided to step aside.  His final show will be at Shinjuku RENY on June 29.

On a more positive note, there have been tons of new release and tour announcements this week, starting with Dir en grey.  Announced at their 2-day event at Nippon Budoukan, the group have announced that the show will be released on DVD in June of 2016 and they will release a new single in July.  They have also announced another throwback tour, CODE OF VULGAR.  Like their previous tour, CODE OF GAUZE, these shows will feature tracks from the Vulgar album.  The tour begins June 3 at Zepp Nagoya and runs through July 2 at Shinkiba Studio Coast.  They also teased two more tours for 2016, Mode of Dum Spiro Spero and Mode of Kisou, so stay tuned for those.

You may remember our previous post involving a crowd funding project for RHEDORIC.  Well, the project was a success!  Thanks to your help, RHEDORIC will be visiting the United States for three appearances in California.  The group will hold a meet and greet at XENON in Little Tokyo, LA on March 11, followed by a live at Whiskey A-GoGo on March 12 and Amplify Hollywood on March 13.  Tickets are on sale now, so grab them here.

It seems OROCHI is jumping on the Europe bandwagon.  Three shows and a Purikura event have been announced in Germany. It seems they will be visiting Wein, Berlin and Hamburg starting March 13.  Tickets are on sale here.

Girugamesh will also be visiting Europe this year with a huge twelve stop tour in the month of May.  The tour starts May 11 in Moscow and runs through May 27 in Aschaffenburg, Germany.  Tickets are likely to sell out fast so make sure to check out their ohp for venue and ticketing information.

I’m going to close this one out with a New Band Alert that hits the ‘Holy Crap’ meter hard.  Insanity Injection just released the full PV of their latest single B.R.N. and it is intense.  The visuals remind me of everything from Malice Mizer to Dio Distraught Overlord to 90’s-era Dir en grey and the music is off-the-chart heavy.  Their first single, Advent of Slaughter releases on the 17th so check out the video above and prepare to have your mind-hole blown.