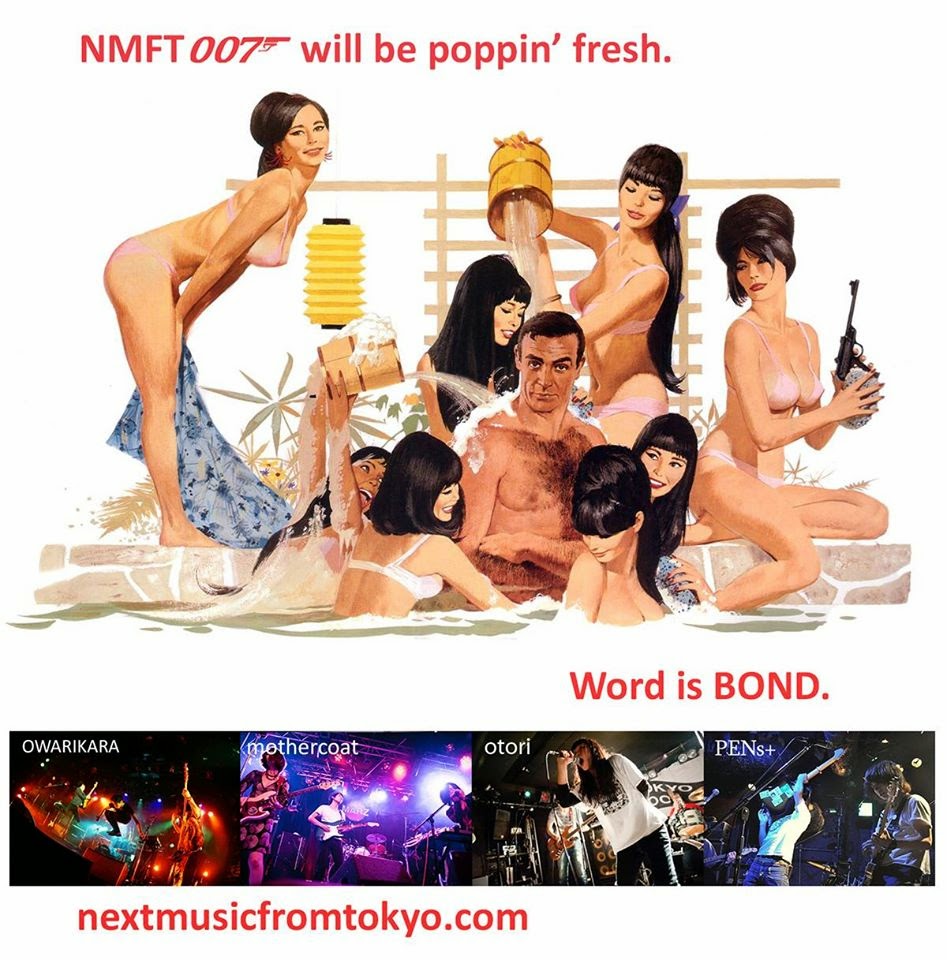 First date announced!!! Details from the official Facebook event below:
Bands: Owarikara / mothercoat / otori / PENs+
@Lee’s Palace Saturday June 13, 2015
doors open 8:00 pm
show starts 9:00 pm
tickets: $10 (advance) $15 (at door)
Ticket info to follow!
When I first started this Japanese music showcase in 2010, Owarikara and mothercoat immediately came to mind as two of the best live acts in all of Japan that I needed to invite for the tour. They blew minds across Canada during NMFT vol.1 and five years later they’re better than ever.
Joining mothercoat and Owarikara are PENs+ and otori. I chose otori b/c some fans complained that NMFT was getting a little ‘soft’ by leaning towards ‘accessible’ bands like Kinoko Teikoku, chi-na, Uchu Conbini etc. Personally, I think music can be powerful and intense without being noisy or having tons of guitar distortion and Kinoko Teikoku, chi-na, UC and all the bands I’ve chosen are powerful in their own way.
Anyhow, otori’s music is noisy, ferocious and smart. Loud enough to please the noise/HC crowd but creative and intelligent enough to please music enthusiasts of all kinds. Female vocalist Kobara Sae is adorably cute off-stage but an absolute demon when she grabs the mic.
PENs+ play mathy, emo-HC with nasty guitar wizardry and lots of pop sensibility. They were chosen to play a large festival as one the best high-school bands in Japan in 2012. Now in university they keep honing their skills by playing more and more shows and are at the forefront in shaping Tokyo’s ‘next music.’
All of the bands have music that you can listen to for free on Spotify. BUT I chose these bands for how much they kick ass live and their studio recordings don’t do their live performances justice.
Lee’s Palace last year was one of my favorite shows ever and we managed to sell the place out.
NMFT 007 will be just as awesome, if not better so make sure you don’t miss out!

Next Music From Tokyo /